Islam and Abbé Guy Pagès – the Path Ahead 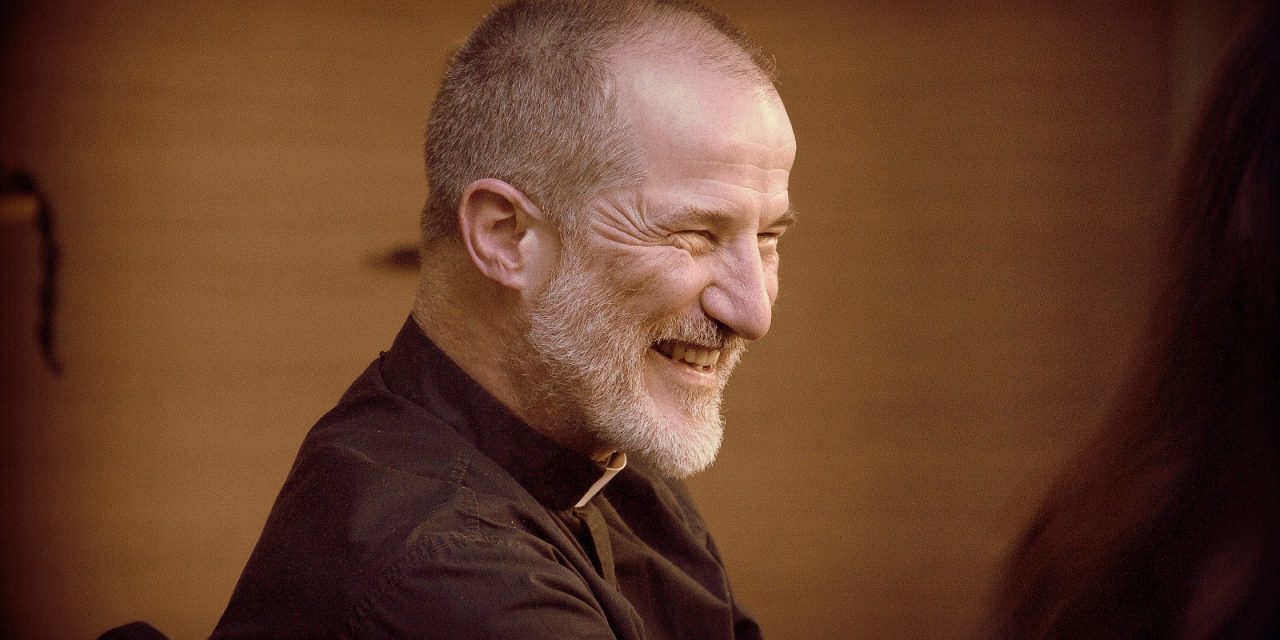 How many Muslims have you converted?

In answer to my question “How many Muslims have you converted?” Abbé Guy Pagès replies, “Only God knows.” The reality, according to one reliable source, is that he has converted some two hundred or more so far. Abbé Guy Pagès is a priest of the diocese of Paris, having lived and evangelised in the Islamic Republic of Djibouti.

An expert on Christian-Muslim affairs he has written several books. His most recent one is called “Interroger l’Islam – Mille et Une Questions à poser aux Musulmans” (“Interrogating Islam – A Thousand and One Questions to Ask Muslims”). The fourth edition was published on the 27th of September 2018.

With acute understanding Abbé Guy comments on Islam and its effects in modern times. He spoke at the OSCE (Organisation for Security and Co-operation in Europe) and ODIHR (Office for Democratic Institutions and Human Rights) Annual Meeting on the Situation of Human Rights which was held in Warsaw from the 16th to the 27th of September 2019. Abbé Guy was present on behalf of the association Salut et Misericorde. Here are some of his words (with his Qur’an translations):

“In obedience to the Qur’an 9.30: ‘May Allah kill Christians!’ Al-Qaeda demanded that Christians be killed in all Muslim countries, and the Islamic State has taken over the orders. When the faithful followers of Allah do not terrorise churches, forcing Christians to convert to Islam or death, they attack schools and everything reminiscent of the West.

“Thus, of the 2,869 schools in Burkina Faso, 1,111, or nearly half, have been closed in the last three years because of jihad, which is spreading rapidly in Africa. Yet, despite the specifically Islamic claim of the perpetrators of these barbarities, Western “experts” want to see in these acts only a political or economic [cause] , but not religious.

“In France, 1,063 attacks of churches or Christian symbols were declared in 2018, 17% more than in 2017. On average, two churches are desecrated every day. In almost all cases the authorities and the media obscure the identity of the authors, or present them as unbalanced, while they accuse of hatred and racism those who reveal this identity or show the relationship between European regions now strongly Islamised and the increase in anti-Christian attacks. This is how institutions ‘Fight [the Christians] to death until there is no more Church and religion is only Islam!’ (Qur’an 2.193, 9.33, 48.28)

“The teaching of hatred leads to genocide, as we see at work in the eradication of Eastern Christians. This is why we denounce the Christianophobia that is developing in Europe as a pre-genocidal mentality.”

“Pre-genocidal” is a chilling term.

Europe Will Suffer in the Near Future:

“I remind you of the words that Monsignor Nona, the Chaldean Catholic Archbishop of Mosul [Iraq] addressed to us in 2014: ‘Our present suffering is the prelude to those that you, Europeans and Western Christians, will suffer in the near future … You think that all men are equal, but Islam does not say that all men are equal … You are also in danger. You must make strong and courageous decisions …. If you do not understand this very quickly, you will become the victims of the enemy that you have hosted at home.’”

Strong and courageous decisions urgently need to be made. For Abbé Guy this involves the decision to evangelise Muslims, to bring them to Christ. With our substantial Muslim population in Ireland we should embrace the need to evangelise also. So what can we learn from this brave priest who has already had so much success? What method did he employ?

“My technique is simple,” Abbé Guy says, “the technique I propose is one validated by the testimony of several Muslim converts.”

He asks them questions. Questions to get them to think about why they should be Muslims.

“Reason is the only thing we have in common with them and that allows us to know the truth. Certainly the Christian faith embraces truths that are above our reason, and if so, rational arguments by themselves may not be convincing, nevertheless, they can still invalidate the objections and arguments of Muslims. It is true that for a Muslim, to think about the merits of his religion is an impiety, but fortunately, not all Muslims are so Islamised that they will refuse to reflect on their religion. This is why we must not waste any more time, even if it is already so late.”

But Abbé Guy also perceives the reluctance among Christians to get into the fray.

For those of us, ordinary as we are, who are willing to be in the fray and to be the fragrance of Christ, what should we be aware of?

We should be aware of the fact that we, as Christians contending against Islam, are weak, and he lists the external reasons why this is so.

The First One is Fear:

“Islam lives only thanks to the fear by which it subjugates the Muslims, and through which they want to subjugate others to Islam. Islam has always imposed itself by terror. We have in our collective unconscious the memory of the suffering inflicted throughout history on our fathers by the Muslims. The words assassin…. jihad, harem….. Moors, Saracens, do not awaken very nice connotations (see St Vincent de Paul, the Trinitarians). Today as yesterday, everyone is afraid of Islam.”

Such Hatred Harms Both Muslim and Christian:

Abbé Guy recalls an encounter on public transport with a young man, a Copt.

“I remember this young Copt, happy to see me, a priest, sitting in front of him in the subway and who, after I spoke to him about Islam, dared to speak in a low voice, and not without continually looking around for fear of being heard.”

This historic fear persists for a reason.

“The Qur’an itself tells the Muslims that it is only once arrived in paradise that Allah will remove hatred from their hearts (Qur’an 7.43, 15.47). This means that we do not invent the link between the Muslim and hatred.”

Such hatred harms both Muslim and Christian.

“Only by loving one’s neighbour, including our enemies, as Jesus loved us, can one hope to enter Paradise (Mt 25: 31-46, Jn 15:12, 1 John 4: 20-21). But it’s hard to have a good heart when you live with someone who hates you … so that Islam does not only prevent Muslims from going to Heaven, it also endangers our eternal life… This we see is the challenge of Islam and the good reason we have to be afraid of Islam … Oh, certainly, there are Muslims who are not hateful … but it is precisely because they are not ‘good’ Muslims.”

A Lack of Support from the Church:

A second cause of weakness for us is the lack of support from the Church:

“We are no longer,” Abbé Guy observes, “in the time of the blessed Pope Urban V preaching the Crusade with St. Bernard! Today, it is the opposite; we are spending time to bring Islam home! Our Pope is even able to write that ‘true Islam and a correct interpretation of the Koran are against all violence” (Evangelii Gaudium No. 253)! The blindness is such that instead of training Christians to evangelise Muslims, they are pushed to welcome Islam into their churches!…..

“What has become of the Church wherever Islam has implanted itself? How can we not feel weak when the leaders of the Church themselves deliver our children to butchery and Hell, if only by their silence in the face of the Islamisation of our society?”

It is not just the Church which discourages us from wishing to evangelise Muslims, which brings us to a third cause of weakness:

“Evangelising Muslims, and therefore telling the truth about Islam, has become criminally reprehensible in society. Publicly denounce Islam and the league of the virtuous will sue you for Islamophobia or racism.”

We in Ireland may soon fall prey to this type of threat with the possible introduction of hate speech laws.

“In other words,” Abbé Guy points out, “Europe is already subject to Islam, because it renounces respect of the right to freedom of expression and it prefers tranquillity to love of the truth – the very thing that made it great.”

So these are what Abbé Guy identifies as external difficulties for us in evangelisation. But he also identifies personal difficulties, which he lists as ignorance; fear of hurting Muslims; and lack of faith. Fear of hurting Muslims, he observes, tempts us to “want to find good in Islam” but we must remember Matthew 7:18 – “A good tree cannot bear bad fruit, nor a spoiled tree bear good fruit.”

These personal difficulties that Abbé Guy has pinpointed he explains in greater detail but this explanation merits another article in itself. It is inspiring to read of the courage and lucidity of Abbé Guy who is leading the way in France and helping all of us concerned about Islam and Muslims to understand clearly the positive, indeed vital, role we can play. 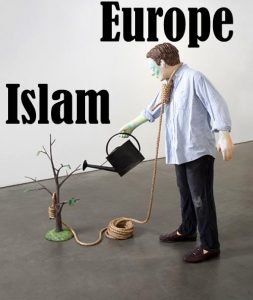 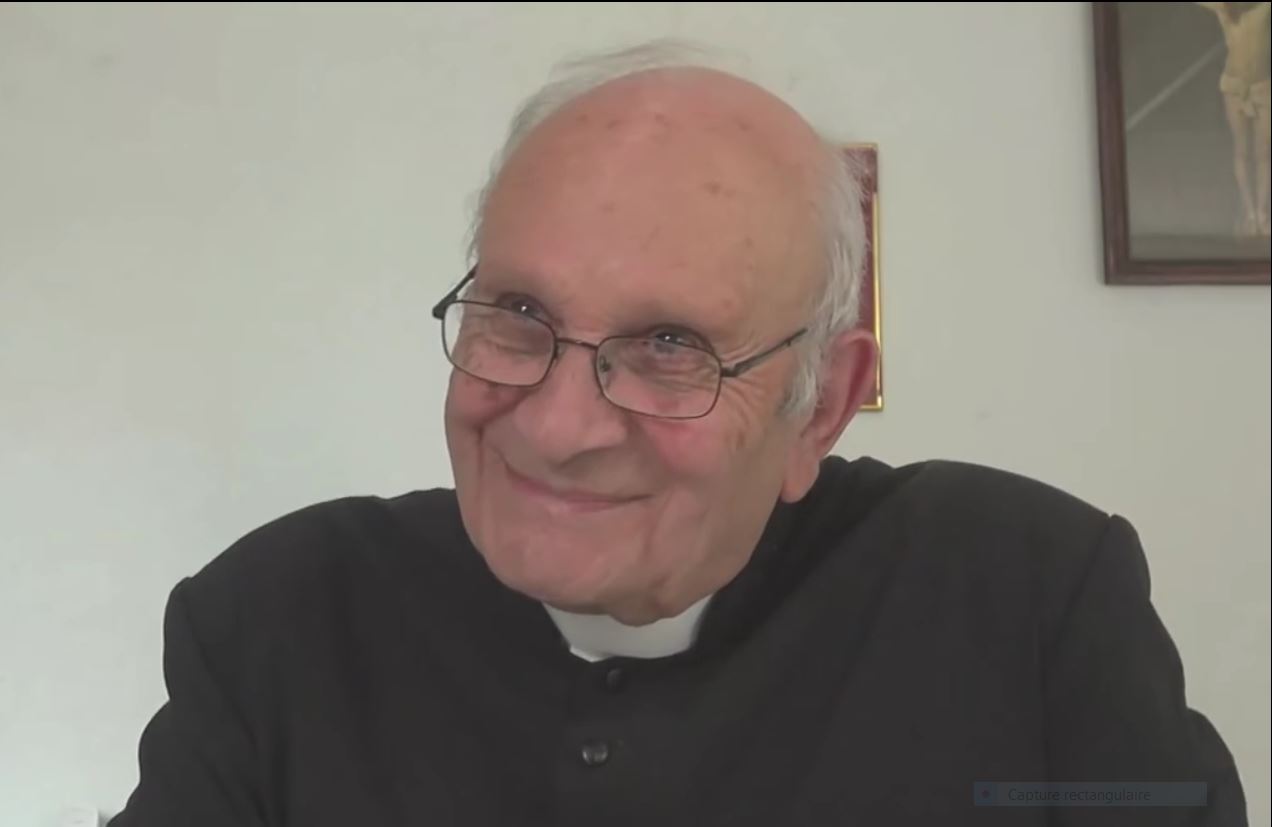 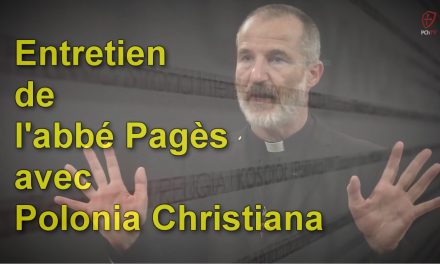 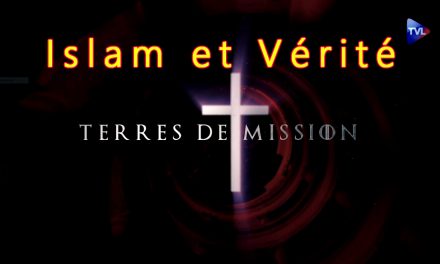 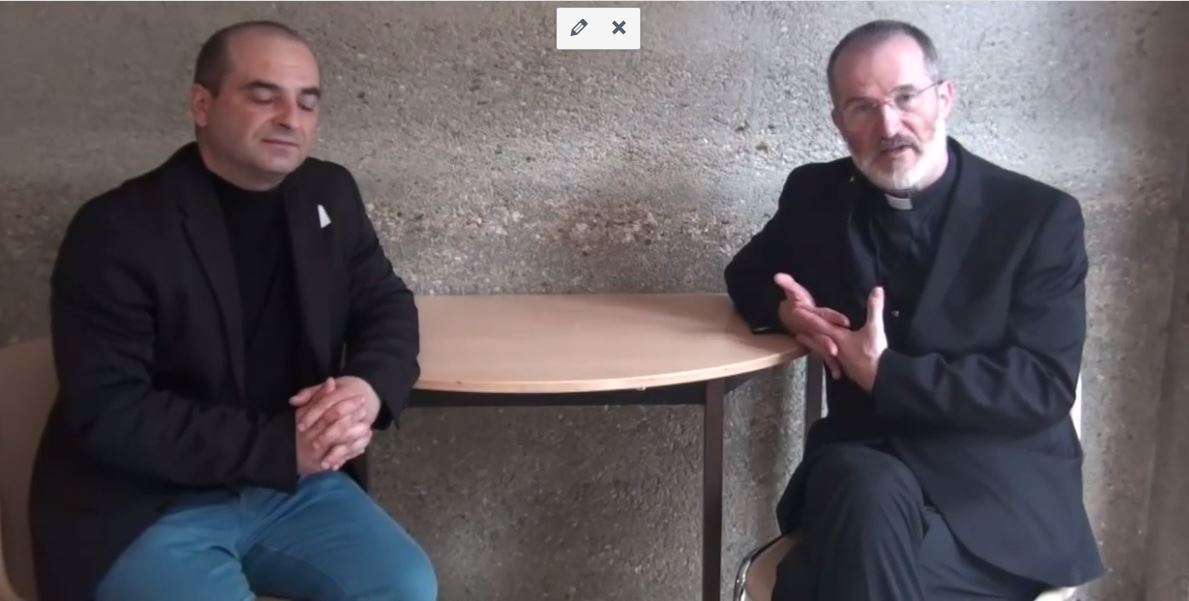